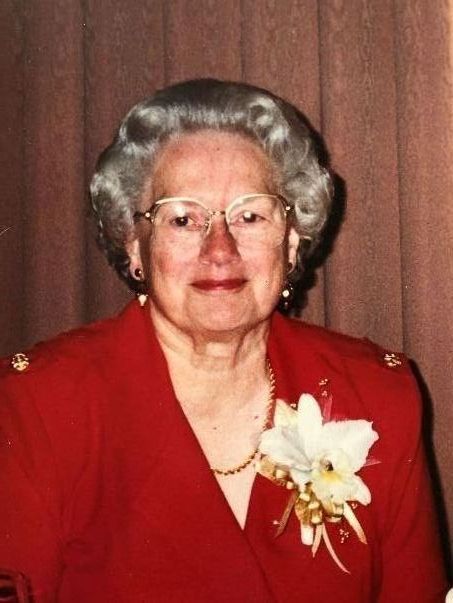 Charlotte D. Peck Lienemann was born July 17, 1922 at home in Lincoln, Nebraska.  Charlotte attended the Lincoln Public Schools and then pursued her college education at the University of Nebraska in Lincoln and the University of Nebraska Medical Center in Omaha where she received her bachelor’s degree in nursing in 1945.  She was employed in all three Lincoln hospitals until she left the profession to raise her family.

Charlotte met Del Lienemann while attending the University and they married in 1944.  Their union was blessed with seven children: Del Jr., David, Diane, Doug, Dorothy, Dan and Denise.  Charlotte’s life was devoted to serving others. A kind, loving, firm and cheerful mother, she raised and cared for her large family through many wonderful and some difficult years.

Charlotte’s life was an eloquent testimony to her faith.  Her bright smile and cheerful voice, and gentle touch will be remembered by all who knew and cherished her.  Charlotte passed away on March 16, 1995 at the age of 72.